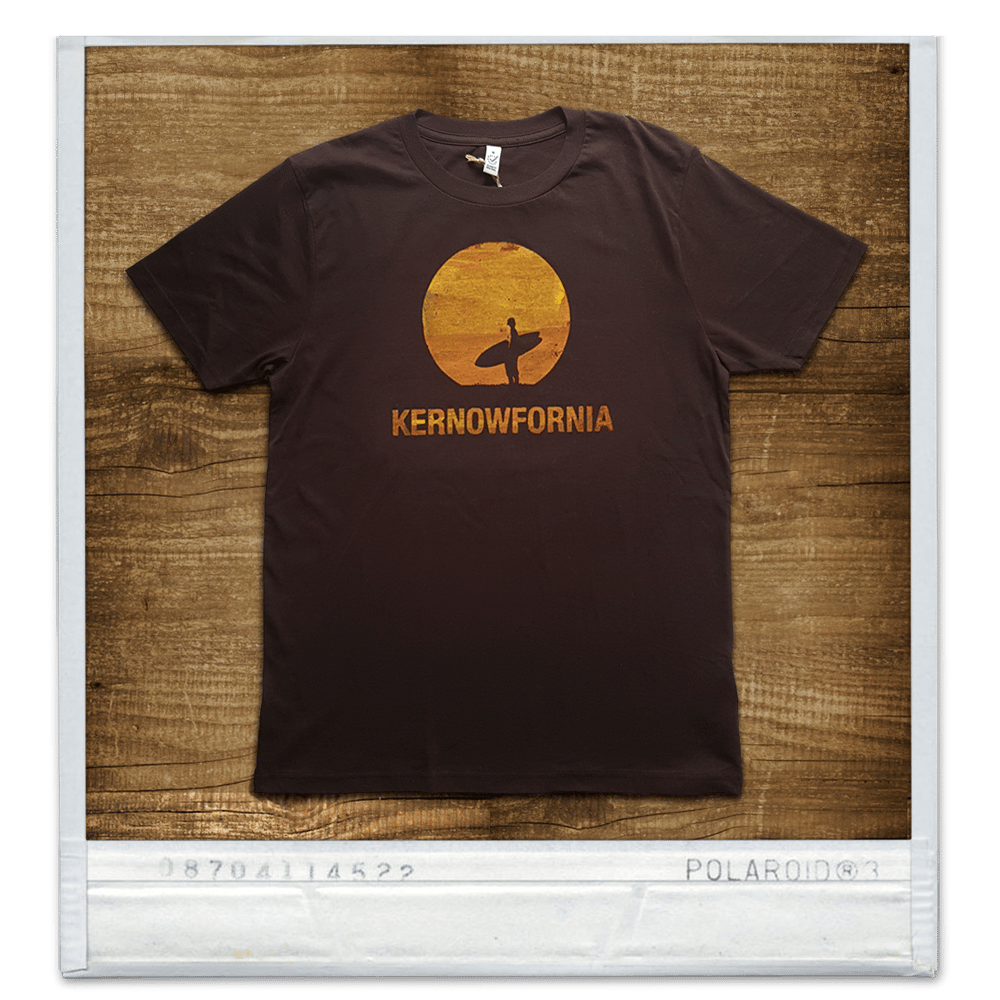 This is the original Kernowfornia logo, where it all started.

These 100% organic tees are printed on a traditional low-fi press for a vintage finish. Each print is slightly different and has its own custom texture, colouration. Some come out a little more orange, red or yellow, as all inks are mixed by humans rather than machines. These tees are designed to gain more character and texture with age. 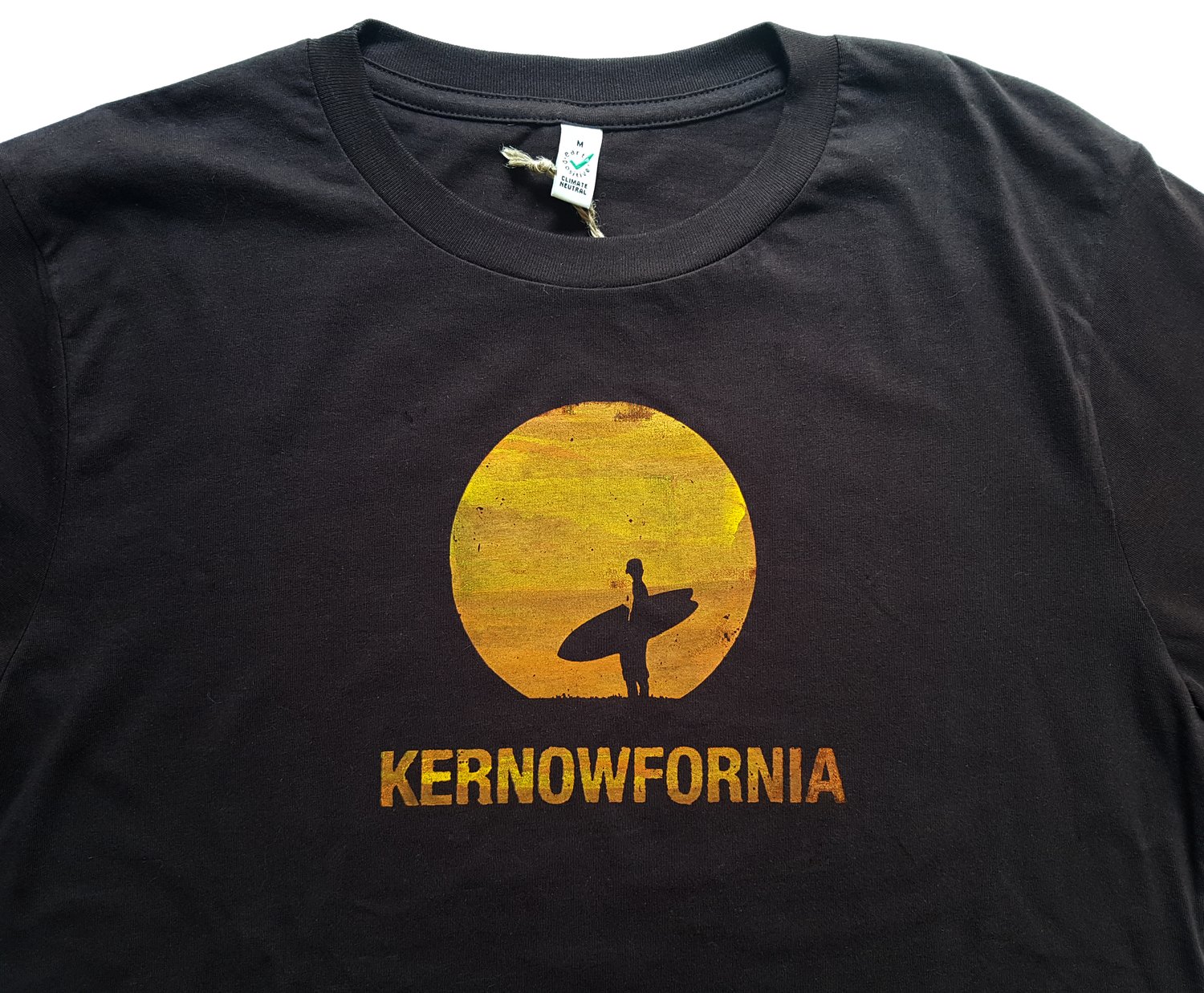